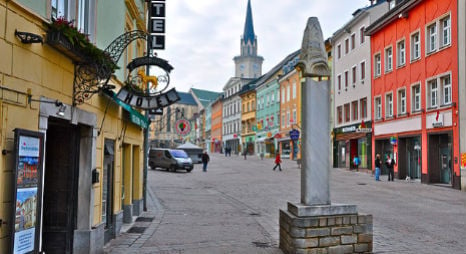 It comes amid promises from Freedom Party boss Heinz-Christian Strache to review complaints about the election that they have received from supporters angry at the party's recent defeat.

The complaint filed by the Villach branch of the party is about the postal votes and voting cards being counted up in the Carinthia council on Sunday and not Monday like in the rest of Austria.

Local FPÖ politician Erwin Baumann confirmed to the Kurier newspaper that “the complaint was filed”, although he did not provide any further information.

The FPÖ presidential candidate Norbert Hofer received 54.1 percent of the votes in the city of Villach, a few percentages ahead of his opponent Alexander Van der Bellen.

Green-backed van der Bellen went on to win the overall election with a 0.6 percent lead over Hofer, in what was one of the tightest presidential elections seen in Austria.

After conceding defeat, Hofer has called on his supporters to accept van der Bellen as president and tried to calm those who claimed there had been an election fix by saying there was “no sign of electoral fraud”.

Speaking to journalists yesterday, party boss Strache said that they have received many letters and “various information” from many citizens.

“And only after a review can we say, whether there is – so to speak – ‘meat on the bone’,” he said, adding that it would only make sense to challenge anomalies in critical voting areas.