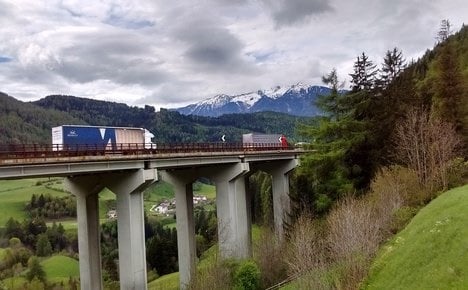 The move, which sees the officers carrying out checks on the motorway and on trains at the Brenner pass crossing, comes less than two weeks after Austria said it would no longer re-impose controls at the pass after tougher measures from Rome led to a huge drop in migrant numbers.

A police chief in Tirol told Ansa that the move “is not about checkpoints or border controls” but is intended to “contain the number of people who enter Austria illegally”.

The officers have been deployed near the Schönberg motorway toll booth, about 30 kilometres from the border, and on the road that runs between the town of Gries am Brenner and Innsbruck.

In total, 80 officers are patrolling the area.

Meanwhile, Italy earlier this month deployed 110 extra guards to patrol the Brenner pass crossing point between the two countries, prompted by Austria's threats, including building a fence, to tighten anti-migrant measures if Italy failed to reduce the number of new arrivals heading to Austria.

Austria has been concerned that it could also become a new route for migrants and refugees following the closure of the Balkan trail leading from Greece towards western and northern Europe.