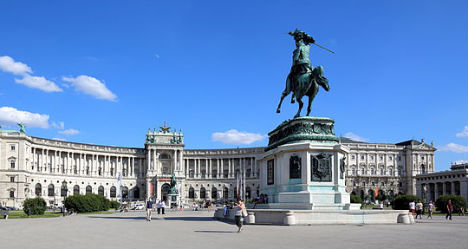 With only around 31,000 votes between the two candidates in the end, equating to just 0.6% of the votes, some of the Hofer’s supporters have complained online that the election was ‘fixed’.

In the end the absentee postal votes came out in favour of the Green-backed Alexander van der Bellen, who was declared the winner on Monday with 50.3% of the final vote.

Before the results came out, the party secretary of the Freedom Party (FPÖ), that Hofer stood with, suggested that absentee votes had previously shown up “inconsistencies”.

One supporter commenting on the Facebook page of the FPÖ leader Heinz-Christian Strache called for the invalid votes to be examined again while others claim it was election fraud at “the highest level”.

A petition calling for people not to accept van der Bellen as President had also garnered 20,000 signatures by midday Tuesday.

However, Hofer – who conceded defeat for the anti-immigration Freedom Party late Monday afternoon when nearly all the postal votes had been counted – has said there was no sign of fraud in the election.

He called on people not to argue and instead to “stick together”, adding that he hopes “that calm returns”

In his victory speech van der Bellen also said it was important to address the divisions in the country that the election had brought to the surface.

“People can be different and still treat each other respectfully,” he said.

Responding to comments on his Facebook page, Freedom Party boss Strache also promised that they check any suggestions of irregularities in the election. He added, however, that there is a democratic result that should be recognised.

The initial claim by Waidhofen/Ybbs on Monday that the region achieved an impressive – and impossible – 146.9 percent voter turnout had led to some raised eyebrows.

The Interior Ministry confirmed to state broadcasters ORF, however, that the error just came from a mistake in calculations and had no effect on the outcome of the election.