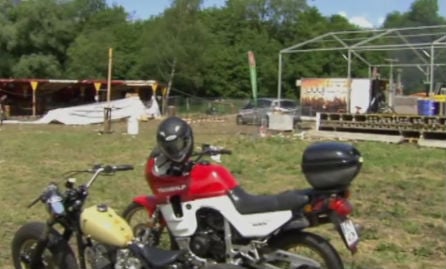 Several media have named the killer as 27-year-old Gregor S., from Vorarlberg, with some describing him as a right-wing extremist who had been banned from owning weapons for ten years. Police have yet to confirm the shooter's identity or further details about him.

As the Local Austria reported yesterday, two people were killed and eleven were injured when the gunman open fired on a crowd of 150 people attending a concert held by a local motorcycle club in Nenzing in western Austria.

The 27-year-old had reportedly been arguing with a woman in a car park but after the argument had escalated, he fetched a gun from his car and started shooting at the crowd. He then returned to the car and shot himself.

Vorarlberg Online reported that the man belonged to the right-wing scene and carried out the shootings with a Kalashnikov.

Heute also reported that his ideology was close to neo-Nazism, which his friends say was no secret. A photo of him on Facebook allegedly showed him wearing a t-shirt featuring the image of the military Iron Cross associated with Nazi Germany.

The daily newspaper said that Gregor S. had been banned from using weapons for ten years due to numerous violent offences and was undergoing psychological treatment.

Further details about the shooter and the incident are expected to be released at a police press conference due to take place on Monday afternoon.