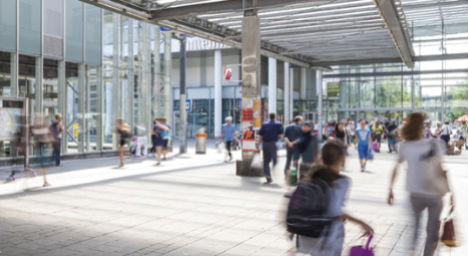 The men, who are from the Chechen community, had approached the teenage girls – some of whom were also Chechnen – at a restaurant in Vienna’s Millennium City in February and told them they were behaving badly and should go home.

When one of the girl’s mother who was with them at the time tried to intervene, she was told: “We, and only we, are bringing the girls back home. They are our country's women.”

The mother then called her husband Martin P., 44, who came and confronted the young men but was left with severe injuries and needing a titanium plate in his eye socket after they beat him up.

A passer-by who tried to help was also beaten by the group.

The men – aged between 19 and 24-years-old – were later identified and arrested at the end of March.

Now a court in Vienna has sentenced three of them to between eight and 10 months in jail for GBH. A fourth was spared jail but fined €480 for inciting violence.

One witness speaking to APA said the group are known in the area as self-appointed guardians of public morality.

They reportedly call themselves “The Wolves” and use Wolf as a surname on social media.

The men claimed in court that they had been given the job of protecting the girls by the mother, with one of them posting online: “We are not youngsters, we are family – the Mafia family.”

Another wrote: “There are 1,000 reasons why we need to kill you, but the best is because of the funny looks.” 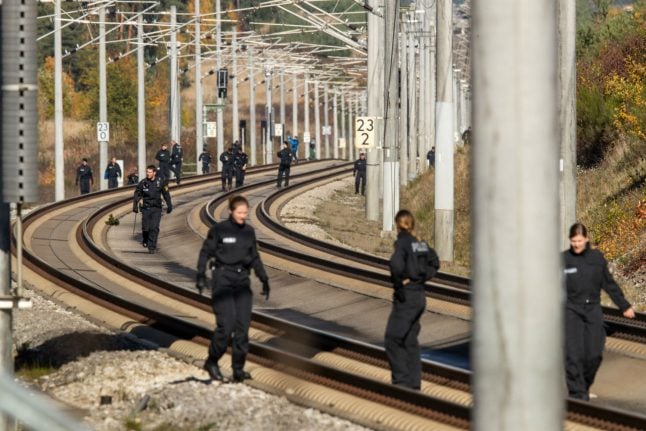 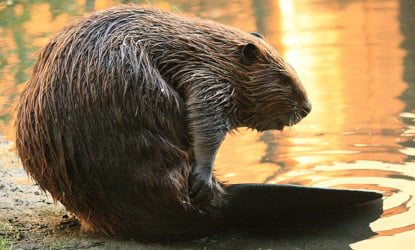 Police search the tracks on the ICE line between Nuremberg and Munich in October 2018. Photo: DPA
They said the 42-year-old man is suspected, along with others, of having strung a steel rope across the tracks running between the southern German cities of Munich and Nuremberg, damaging the front window of a high speed ICE train in October last year.
In another case in December last year, cement blocks were put on the tracks. Islamic State (IS) flags and writings in Arabic were found near the crime scenes, Vienna prosecutors said.
They said the group's aim had been to derail trains.
The man was arrested on Monday “under suspicion to have carried out terrorist attacks on railways in Germany in October and December 2018.”
Austrian and German authorities worked together in their investigations leading to Monday's arrest, according to a press release by criminal investigators in Germany's southern state of Bavaria.
Austrian media reported the father-of-five was working at a security company with access to football stadiums.
Germany is on alert following several jihadist attacks in recent years.
The most deadly was committed in 2016 by 23-year-old Tunisian Anis Amri, who killed 12 people when he stole a truck and ploughed it through a Berlin Christmas market.
SHOW COMMENTS
Url copied to clipboard!