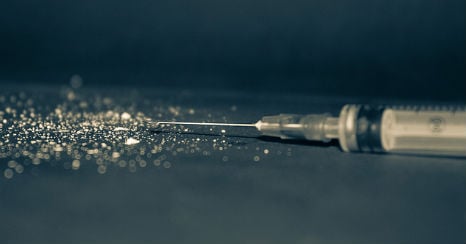 According to statement given by 21-year-old Carmen E. to police on Friday, the syringes had been positioned on the seat so they would prick someone when they sat down on it.

It follows a very similar incident in April when a conductor on a local train in Vienna found two syringes on one of the seats, positioned in the same way.

Police are now investigating whether the two cases are connected.

Speaking to Österreich newspaper, Carmen E. said she was shaking throughout her entire body when she realised what had happened.

“At first I had not thought about it at all and then I felt behind and got a big shock,” she said.

On arriving to Vienna’s Praterstern train station, she immediately told police who informed train operators ÖBB. Train staff then searched the train and found the syringes stuck upright between the surface of the seat and the backrest.

The shaken woman was taken to hospital where she underwent tests for HIV and hepatitis, the results of which are due in three weeks.

Police are currently reviewing CCTV footage from the train but have appealed for passengers to be vigilant and check public transport seats before sitting on them.