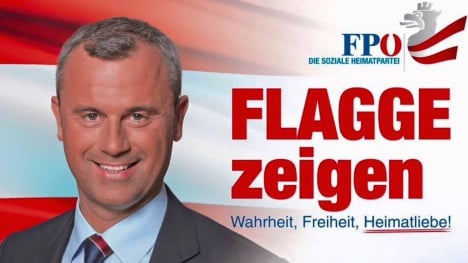 The success of the far right Freedom Party (FPÖ) candidate Norbert Hofer, who scored 35.5 percent of the vote (ahead of the Green candidate Alexander Van der Bellen who won 21.43 percent, and independent candidate Irmgard Griss who won 18.94 percent) would have inspired satirical cartoons across the whole of Germany if it weren’t for the looming spectre of Germany’s own Alternative für Deutschland (AfD).

The group used the opportunity of the FPÖ win in Austria as confirmation of the righteousness of their path in Germany. But for all the fanfare over this election result, is it really an indication that Austria is turning to the right? Is Austria really set to become another “troublesome state” that undermines European unity and cohesion? While it is very easy for the likes of the AfD and Marine le Pen to hijack the result to bolster their own political point, it is important to acknowledge that matters in Austria are more complicated than the spin doctors let on.

First of all, in terms of concrete policies, the FPÖ and other mainstream parties are not that far apart, and Austria's pro-Russian stance across the board is already a test for European cohesion. In the midst of the sanctions-debate after the annexation of Crimea, Austrian President Heinz Fischer invited Vladimir Putin on a friendly visit to Vienna to deepen business ties. In Spring 2016 Putin returned the favour, hosting Heinz in Moscow. The Army's joint chief of staff, a fellow party colleague of Fischer, declared that Austria was much closer to Russia than “to another great power” (meaning the US) and that sanctions were imposed on Austria by foreign powers.

While observers abroad might dismiss his comments as a one-time failure, they unfortunately reflect the sincere thoughts of the socialist leadership. But Fisher was not the only Austrian official and politician to cultivate relations with Putin. The conservative vice-chancellor and the finance minister did the same, accompanied by respective interest groups.

The manner in which senior politicians have bluntly ingratiated themselves with Russia lends credit to Austrian writer Thomas Bernhard’s claim that there is a deep-seated problem of authoritarian acquaintance, chauvinism, and a reflex to look to the past in Austrian politics and society. What can’t be ignored is that the mainstream parties, and particularly the Social Democrats, are just as much part of this problem as the FPÖ.

So if the FPÖ is fairly comparable to mainstream parties, why did people vote for them? Firstly, the level of stalemate, stagnation, and corruption that bewilders Austria once a “great coalition” (a coalition between socialist and conservative parties) is formed in Austria, repels the electorate. In terms of pushing forward policy, the government has achieved nothing since 2006, coasting along on reforms from the Schüssel era.

Blocking each other’s ideas and governing through nepotism became normal again. To get into any kind of job in the public sector (including doctors, teachers, etc.) you have to be either “black” (conservative) or “red” (socialist/social-democrat). There is an old tradition in Austria of running political parties as business ventures. In past times the socialists controlled public housing, state-industry, as well as the syndicates; while the conservatives controlled agriculture, the bureaucracy, business-associations, and the Church.

Both camps had their own banks, companies, and newspapers, staffed with appointees. Depending on which family you were born in, your means of existence was dependent on one of the parties, and services were withdrawn or not accessible if you did not play along and pick a side. However, with most monopolies busted after EU-accession in 1995 and with the common competitive market in the EU, fewer and fewer people depend on these networks and can therefore afford to criticise them.

The candidates that the mainstream parties picked for this presidential election were symptomatic of this “old system”. The Social Democrat Rudolf Hundstorfer was a syndicate-functionary and a party soldier with unconditional loyalty, even in times of scandal and struggle. His conservative counterpart is an old religious Catholic party functionary representing the CV (Cartellverband, the Catholic organisation of the conservative party). He was an anachronism in a secular society. Both candidates were selected through inner-party deals to unite certain party factions, rather than to be popular figures that could formulate ideas independent from the government.

The “Stimmvieh” (electoral herd, a dismissive term for voters) was expected to just obey the traditional party hierarchy and vote for them regardless of how well they performed as politicians.The FPÖ capitalised most on anti-establishment sentiments. Its former leader Jörg Haider was popular because he was the most outspoken critic of this system of clientelism (although he rebuilt the very same system for himself in Carinthia) and his success was very much dependent on him being seen as a credible anti-establishment politician by the population (and not his right-wing slogans, because it seems that people voted for him despite of this).

Unsurprisingly, the electorate turned to alternatives. The people that voted for Hofer hardly cared about what he said, they just wanted to send a clear message to the current establishment. Hofer also benefited from the sympathies he stirred in the electorate as a young candidate who had suffered from a tragic accident when paragliding, and always picked his words carefully. His campaign was not “poisoned” with Nazi-sympathising comments or other radical statement like that of FPÖ candidates in the past.

The urban, left-libertarian electorate turned to the Greens candidate Alexander van der Bellen. The moderate-conservative, centre-right electorate to Irmgard Griss, a former chief judge and later head of an investigation committee on a major corruption scandal. Her campaign was entirely crowd-funded, and while having no party support, she still scored 19 percent, which is a very respectable figure for a country so used to party-politics.

So how should Berlin react to the Austrian elections and what are the lessons to be learned? First, stay calm! A strong response that rejects the party will only help the FPÖ. And depicting all FPÖ voters as Nazis is not a knee-jerk reaction that is incendiary and untrue. The election is more about protest than authoritarian reinvention. Of course, the governing parties in Vienna would like to stick to the narrative that “evil right wing populists seduced the electorate” and that the refugee crisis and Merkel ruined their day.

But that would cover the fact that they failed in the eyes of the population. Like in Ukraine, Moldova, and Romania, self-serving, corrupt, inefficient, and unprofessional elites are not immune to public scrutiny, as can be seen on election day. If they don’t get their act together, it will be far too easy for the populists to win a greater share of seats.Would a President Hofer foreshadow a Chancellor Strache? – unlikely. In Austria, the presidency is largely a ceremonial office.

Hence people use it to protest by voting for alternative figures, knowing that there is little risk associated with it. The stakes are higher in a parliamentary election and left-field candidates rarely experience the same levels of success. While Hofer served as “the finger” pointed at the government, few would trust him to govern the country. On paper, the president can dismiss the government, and appoint the chancellor and ministers. But for both he needs cooperation from either parliament or the chancellor, which Hofer would struggle to get. If Hofer pushes too hard, he might unmask himself, causing the FPÖ to lose support before the parliamentary elections.

In Germany, the AfD will be unlikely to copy the model of the Austrian FPÖ, because the preconditions for success and the political environment are very different. Still, “great coalitions” are prone to stalemate, and in the long run strengthen the opposition. But if the strength of populist parties rests in the weakness and inefficiency of the established ones, it will take a long time for the political landscape in Germany to resemble Austria’s.

The author, Dr. Gustav Gressel, is a Senior Policy Fellow on the Wider Europe Programme at the ECFR Berlin Office.  Reprinted with kind permission from the European Council on Foreign Relations.