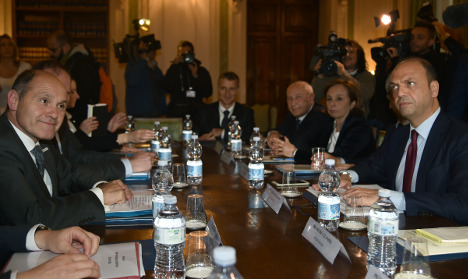 Vienna is threatening to resume checks on the Brenner Pass between the two countries as part of a package of anti-migrant measures if Italy does not do more to reduce the number of new arrivals heading to Austria.

The Alpine route is a major European transport corridor and a key link between the north and south of the continent, said Juncker during an interview with Germany's Funke Mediengruppe.

“This is why everything that blocks the Brenner Pass will have not just serious economic consequences, but most importantly heavy political consequences,” he said.

With over 28,500 migrants arriving since January 1, Italy has once again become the principal entry point for migrants arriving in Europe, following a controversial EU-Turkey deal and the closure of the Balkan route up from Greece.

In previous years, many migrants landing in Italy have headed on to other countries including Austria but Rome now fears it could be stuck hosting thousands of new arrivals.

On average 2,500 lorries and 15,000 cars travel daily through the Brenner Pass — a crucial lifeline for Italy's exports to northern Europe that is already prone to delays even without border checks.

Austria sits at the crossroads of the two major migrant routes, from the Balkans and from Italy, and saw hundreds of thousands of migrants cross its territory in 2015.

Authorities have received around 90,000 asylum applications from people fleeing war, persecution and poverty who have opted to settle in the country.

Juncker also raised the alarm over Austria's response to the migrant crisis which he said had tempted other countries to close their borders while making far-right politics “presentable” elsewhere in Europe.

“What we see in Austria we have unfortunately seen in other European countries, where (political) parties play with people's fears,” he said.