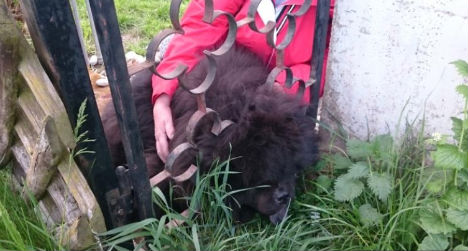 The excited dog ended up getting his head stuck in a gate after attempting to chase a cat through a gap that looks too small even for a chihuahua.

The huge mutt was stuck there until spotted by his concerned owner in the town of Hainfeld in Lower Austria, who called out fire services to help rescue the animal. Firemen were able to free the stuck dog by cutting through the gate and the animal survived the incident unhurt. The cat, meanwhile, was nowhere to be seen having pulled off its escape.