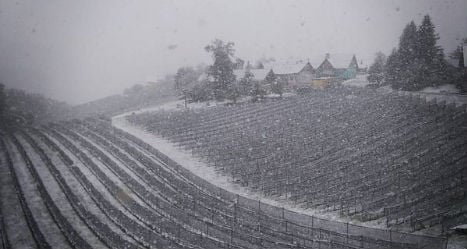 On Wednesday 15,000 homes in Carinthia and 6,500 in Styria lost electricity due to the weather and the whole of the country was affected by road blocks.

There are also concerns among the agricultural businesses that fruit and vegetable crops could be lost in the millions due to frost.

Experts warn the coldest day is yet to come, however, with temperatures expected to be as low as -10 degrees in some areas on Thursday – just days before the outdoor swimming pools are due to open for the summer season.

Traffic comes to a halt

Trains were also affected with commuters left stranded at Klagenfurt’s main train station after the line between Friesach and Villach went down, with national rail operators OeBB telling people they had to find their own way home as there is no replacement service.

In Klagenfurt traffic came to a stand-still and around Carinthia there were traffic accidents and congestion, with many drivers stuck for hours.

Twenty-five people had to be evacuated from a house in Klagenfurt after a snow-covered tree threatened to collapse onto the building, with authorities warning pedestrians that even a small branch can be life-threatening if it falls from a tree.

A one and five-year-old child had to be brought to hospital in the city suffering minor injuries following an accident involving two buses, where one driver failed to brake quick enough on the icy road.

Event organisers were left with damages of around €150,000 after a large tent at the centre of the Camping Arneitz event in Faak am See collapsed due to snow.

Police also advised residents to stay at home where possibly to avoid any risk to their life.

Snow fell the entirety of Wednesday on the stretch of the Pack Saddle road between Styria and Carinthia, causing an accident at the Herzogbergtunnel involving seven vehicles and eventually blocked the road. In Knittelfeld one person was injured in a crash between two vehicles.

There were also problems on the Tauern Autobahn with the A10 between Gmünd and Rennweg blocked by stuck traffic.

Growers fear huge damages to vegetable and wine crops following frosty temperatures, with the Styrian Chamber of Agriculture saying that East, South-west and Western Styria are all affected and “massive failures” in crops such as apples, pears, cherries, plums and apricots are expected.

Speaking to the ORF, a director of plant production at the Chamber of Agriculture Markus Tschischej described the cold weather conditions in Carinthia as “a medium sized catastrophe”. 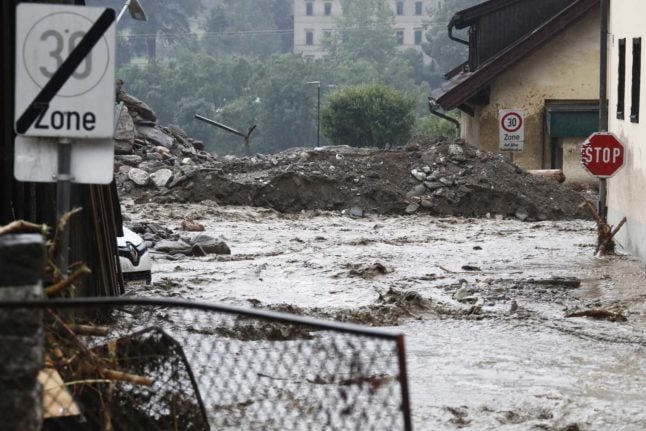 President Alexander Van der Bellen called the destruction in Carinthia “dramatic”, appealing to people to take care of themselves and others.

An 82-year-old man was found dead after he was swept into the floods by a landslide, district head Bernd Riepan said.

Another person reported missing while travelling in a car managed to get himself to safety, he added.

One community with some 1,200 inhabitants remained cut off, Riepan told AFP. No one there was reported injured. Riepan said many houses had been partially buried in the district, though the exact number was not yet known.

A flooding alert at another community in adjacent Salzburg state imposed earlier on Wednesday was lifted as the situation improved, according to the Austrian news agency APA.

In some areas of the region, there has never been such a large amount of rain in such a short time since the start of measurements, according to the Central Institute for Meteorology and Geodynamics (ZAMG).

Riepan said “many” houses had been partially buried, though the exact number was not yet known. Photos showed debris-strewn streets and houses partially submerged in water and mud in Villach-Land.

ZAMG said it rained as much in just a few hours as it does for the entire month of an average June. 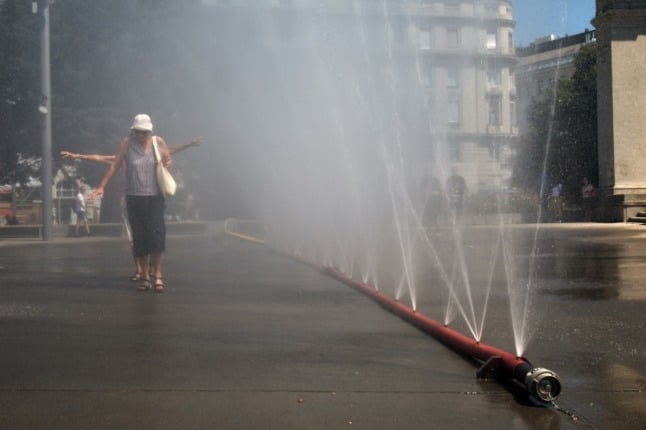