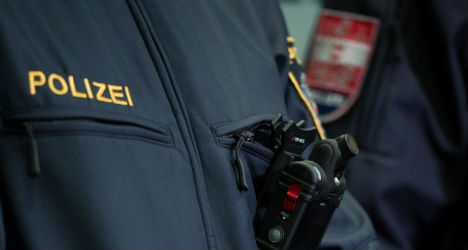 The attack – which took place shortly before 1am on Friday morning – was carried out in a public toilets in Vienna’s Praterstern station.

The student had been on the way to a night out with her friend when she stopped off to use the public toilet but was followed in to the unlocked toilet by three teenagers, all Afghan asylum seekers aged between 16 and 17-years-old.

According to a police statement, the student had her head bashed against the toilet and was held down and raped by two of the teenagers while her mouth was covered so she could not call for help.

“When the friend of the student looked in on her shortly after, she found the young woman lying on the floor of the toilet,” said police spokesperson Roman Hahslinger.

The trio had fled the scene but were quickly found and arrested by police.

The three had initially claimed they were all too drunk to remember anything but one of them later confessed, telling police: “Yes, we raped the woman.”

On Saturday, another of the group admitted to detaining the woman but not raping her. A third still maintains he cannot remember the incident, although the woman identified him from a police line-up. Police officers had also seen the trio run off from the scene.

The three were taken to Josefstadt prison over the weekend and a court is due to decide on their pre-trial detention.

It follows a run of similar attacks in the Praterstern area, including a rape in January along the Hauptalle road that runs through the park and an attempted rape in March by a teenage asylum seeker.

There was also an alleged attempted rape incident last Thursday night in Graz, when a 17-year-old asylum seeker from Afghanistan attacked a woman in the street on her way home.

The drunken teenager had allegedly tried to kiss the 20-year-old and after she resisted, pulled her by her hair and tried to push her down on the floor in what police say was an attempted rape.

The woman’s was able to get free and her screams alerted passers-by who also came to her aid. The teenager was reportedly aggressive to police when he was later arrested and has denied the accusation of the allegations of attempted rape.