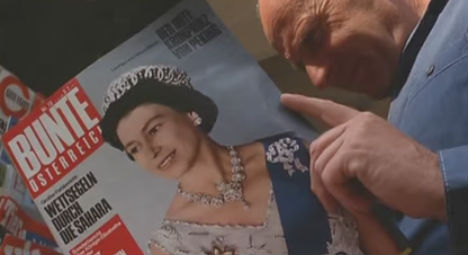 “A place long-famous for its friendliness and ready welcome. A nation which shrugs off the threat of communism on its doorstep and with traditional gaiety loves to receive visitors,” was how the British commentator – rather generously – described Austria.

In what was a fairly gushing commentary on the country – “a fairytale of a place” – the voiceover describes the scenes as the Queen and her husband Prince Philip meet some of Austria’s highest dignitaries.

In fact, with waltzing, ballroom dancing and a trip to the Spanish Riding School on the itinerary, some elements of Austrian life appear not to have changed that much in nearly 50 years.

“The Austrians love the good things in life – they always have,” says the voiceover.

The 1969 visit by the Queen was the first from British Royalty in over half a century and sadly, the Queen has not been back since. Here are a couple of reasons why the Local Austria think it’s about time for another visit:

Palaces galore
Austria is full of palaces but having been a Republic since 1918 there is no monarchy to fill them. What a waste. If the Queen is thinking of getting some new real estate, we can recommend Schönbrunn Palace in Vienna, which would come with its own menagerie.

Girl power
Although having no monarchy today, Austria has an excellent history of female royalty. The British Queen could find inspiration from great female icons such as the troubled Empress Sisi, the wild wife of Emperor Franz Josef who had tattoos and loved extreme sports. Or the treasured Maria Theresa, who married her Francis for love, despite the protestations of Royal advisers.

Holding on to tradition
As Britain’s oldest reigning Monarch, it must be hard for the Queen to see modern society replace some older traditions. Well time moves a bit slower in Austria so if she is missing the good old days of ballroom dancing, prancing horses, and smoking indoors – we’re sure Prince Philip does – this is the country for her. In fact, a visit today may look a lot like her trip in the sixties, although there is no more “threat of communism”.

Meet the new President!
In 1969 the Queen met the then Austrian President Franz Josef Jonas. There have been a good few Presidents since then but from this Sunday onwards there will be a new one, following the Presidential vote. What better excuse for a holiday than a meeting with another new symbolic head of state.