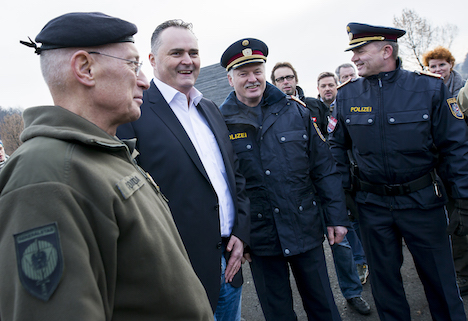 The Chief of the General Staff of Russian Armed Forces Valeriy Herasymov met with the Austrian head general Othmar Commenda in Moscow on April 6th.

According to reports, the proceedings were secretly recording by Russian security forces using hidden cameras and concealed microphones.

A highly selective edit of the material was then leaked to Russian media outlets, who were then able to report on things which had not been agreed.

Examples of the editing given include the fact that nearly all discussion of the migrant crisis was suppressed, apart from the comment by Commenda noting the close proximity of Austria to the Russian Federation.

The words “Russia is much closer to Austria than many other big countries in the world” were taken in their political sense, rather than the correct context of geography.

Another aspect played up by Russian media was the implication that Commenda was meeting with Herasymov in violation of sanctions–instead of the true situation that the Moscow visit was part of a state visit by Austria's president, rather than a meeting of peers.

According to Kurier, Austrian intelligence agencies believe that this was a pre-planned operation as part of classical disinformation tactics, a familiar weapon within the arsenal of Russian military intelligence.