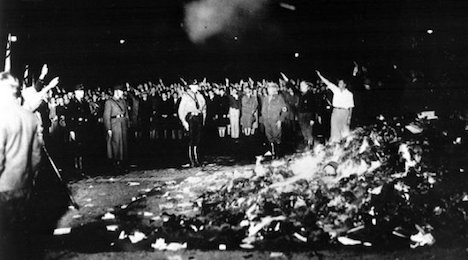 The 40-year-old serial vandal, who was not named, was accused of 53 acts of vandalism including destroying a monument to euthanasia victims and of daubing black paint five times on a memorial to members of the resistance.

In addition he was accused of defacing 10 “stumbling blocks”, small brass plaques in honour of people murdered by the Nazis inserted into pavements in front of their old homes.

The court in the western Austrian city found him guilty in the overwhelming majority of the incidents, court spokesman Martin Pfarrkirchner told the Austria Press Agency.

Prosecutors said they would appeal the ruling.

They said he was motivated by Nazi ideology but defence lawyers said he was frustrated by his general situation and at being refused access to homeless shelters.

“He had a grudge against the state,” defence lawyer Joerg Dostal told the
court.