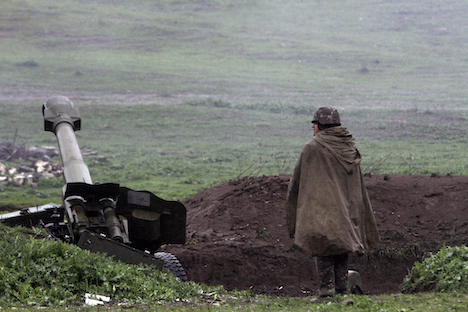 The meeting gathered Russia, the United States and France in the so-called Minsk Group, spearheading attempts to end a low-key conflict that revived bloodily and dangerously last Friday.

The Minsk Group urged both Armenia and Azerbaijan to respect a new ceasefire after four days of deadly clashes.

In a statement after a meeting in Vienna, the group's co-chairs “welcomed news about the cessation of hostilities and urged the sides to respect the ceasefire.”

The Minsk Group co-chairs “stressed that it is important to return to the political process on the basis of a sustainable ceasefire,” the statement added.

The co-chairs — Igor Popov of Russia, Pierre Andrieu of France and James Warlick from the United States — also said they would travel to Nagorny Karabakh shortly.

Following their meeting in Vienna, they also briefed members of the Organization for Security and Co-operation in Europe (OSCE).

“OSCE participating States agreed that the latest escalation is deeply worrying and that it is necessary for the OSCE to continue playing a central role in facilitating a peaceful settlement,” the OSCE said.

In Berlin, the OSCE's current chairman, German Foreign Minister Frank-Walter Steinmeier, said that reports of a cessation of hostilities were “encouraging”.

“Our immediate efforts must now focus on stabilising the ceasefire and preventing any new escalation. Hostilities must stop in an effective and lasting way,” the OSCE statement quoted Steinmeier as saying.

Azerbaijani and Armenian separatists in Nagorny Karabakh said earlier on Tuesday that they had halted fighting after four days of bloodshed that killed at least 64 people.

The truce comes after Azerbaijan's army claimed to have snatched control of several strategic locations inside the Armenian-controlled territory, effectively changing the frontline for the first time since an inconclusive truce ended a war in 1994.

Analysts say the crisis could set a spark to the Caucasus, a tinder-box region of rival groups.

Russia and the United States have called for the fighting to end but Turkey is standing by Azerbaijan, and predicts the territory its ally has lost will “one day” be recovered.

A landlocked mountainous region with an ethnic Armenian majority lying within Azerbaijan, Nagorny Karabakh has been in dispute since the collapse of the Soviet Union in 1991.

Separatists backed by Yerevan announced allegiance to Armenia and then declared an independent republic, a move that has not been recognised elsewhere, including by Armenia.

In the subsequent fighting, around 30,000 lives were lost and thousands of people from both ethnic groups fled their homes.

A ceasefire brokered by Russia was signed in 1994, but the two foes have never agreed on a lasting peace.

Sporadic clashes occur along the front line, but but the latest bloodshed represents a perilous escalation, say commentators.

The flare-up “threatens the stability of the strategic Caucasus region which is a transit route of Caspian oil and gas to European markets that bypasses Russia, reducing Europe's dependence on Russian energy supplies,” Sergi Kapanadze, a professor of international relations at the Tbilisi State University, told AFP.

It claims to have captured several strategic positions inside Karabakh since fighting erupted on Friday, in what would be the first change in the frontline since the end of the war.

Baku announced a unilateral truce on Sunday, but it failed to stop the fighting, and on Monday Armenia said a ceasefire would only be possible if both sides return to their previous positions.

Azerbaijan's defence minister, Zakir Gasanov, instead ordered the army to be ready to strike Karabakh's self-declared capital Stepanakert “in case of continued Armenian bombardment of civilian targets in Azerbaijan.”

Hundreds of ethnic Armenian volunteers have since headed to the city to fight alongside separatist forces, while local authorities have been busy organising shelters for the refugees from frontline villages.

The talks in Vienna were to start at 1300 GMT, but Tuesday's session was scheduled to be brief and with no announcement to the media.

President Vladimir Putin of Russia, which has sold weaponry to both sides but has far closer economic and military ties to Armenia, has called for a ceasefire, a move echoed by Washington.

But Turkish President Recep Tayyip Erdogan — another regional power broker who has been at loggerheads with Putin since Ankara downed a Russian warplane near the Syrian border in November — has stood alongside Azerbaijan.

“We are today standing side-by-side with our brothers in Azerbaijan. But this persecution will not continue forever,” Erdogan said in televised comments.

“Karabakh will one day return to its original owner. It will be Azerbaijan's”. 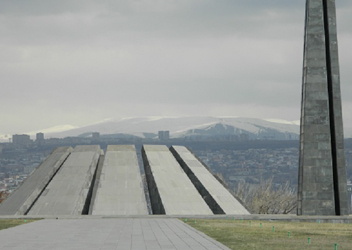 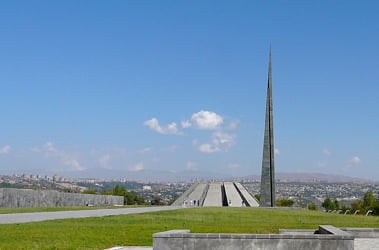