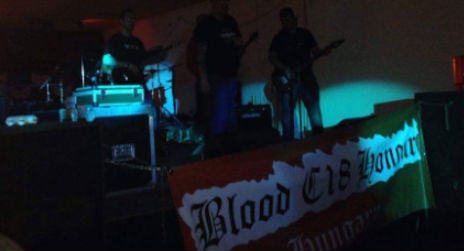 The concert was held by the far-right extremist network ‘Blood and Honour’ on March 5th but was only revealed this week following a report by the anti-far right organisation Documentation Centre of Austrian Resistance (DÖW).

The concert from the Hungarian neo-Nazi band Indulat had been written about on the right-wing extremist blog 'C18 Hungary'.

Local politician Nina Tomaselli (Grüne) reacted to the news by saying: “It shocked me that one has to learn on a right-wing extremist blog that Vorarlberg is again gaining strength as a place for neo-Nazi activities.”

Around 70 people from Austria, Germany, Switzerland and Hungary are believed to have attended the event that reportedly took place in Vorarlberg, although it is not known exactly where in the province.

Police are now “intensively” investigating the case although they have not yet identified the individuals who organised the event and information from the far-right network has reportedly not been forthcoming.

It has emerged, however, that the event was originally scheduled to take place in Thüringen, Germany, but had been moved to Austria after German authorities had stopped it from taking place.

Politician Erich Schwärzler (ÖVP), who leads on security in Vorarlberg, has since called for better cross-border communication between authorities, and for Austria to observe events taking place in nearby foreign provinces in the future so the country can react quicker.

Blood and Honour, which takes its name from the Hitler Youth motto ‘Blut und Ehre’, is a neo-Nazi network founded in the 1970s in the UK that organises ‘white power’ music events.

Any activity that promotes Nazi ideology is banned in Austria under the 1947 Nazi Prohibition Act, aimed at preventing a return of Nazism to the country.