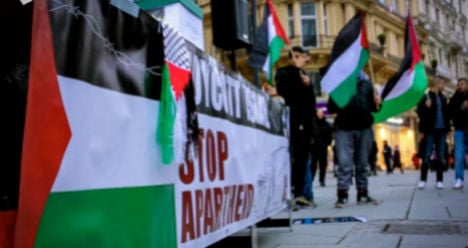 Critics say BDS Austria – the Austrian branch of the international Boycott, Divestment and Sanctions Movement – is anti-Semitic but the group strongly denies this and say such claims are defamation.

Speaking to the Jerusalem Post, the secretary-general of Vienna’s Jewish community, Raimund Fastenbauer, called on Erste Group to close the account of BDS Austria.

“Our president said at a rally that the BDS campaign is anti-Semitic,” he said.

Student representatives at the University of Vienna recently released a statement saying they opposed the boycott of academics in Israel.

The Boycott, Divestment and Sanctions (BDS) campaign say, however, that they are following the example of the Anti-Apartheid movement, and are calling for the end of the occupation of Palestine by Israel and equality for Arab-Palestinian citizens in Israel.

They do this by boycotting products, companies and institutions that are connecting to Israel’s dealings with Palestine.

Student representatives at the University of Vienna recently released a statement saying they opposed the boycott of academics in Israel, although BDS Austria claims that the movement does not boycott individuals.

Several Austrian politicians have also made statements against BDS Austria, which the group says are based on a misunderstanding of their work and came following “a concerted media campaign” waged against them in local and Israel newspapers.

Reacting to the latest comments, the group told the Local Austria that they do not feel it is necessary to respond on “the usual defamations against BDS” as they are the same allegations they already responded to earlier this month.