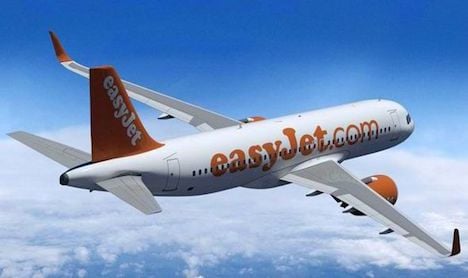 The woman alerted cabin crew, security staff were called, the takeoff was cancelled and all passengers and all their luggage were taken off the plane for checks.

The Iraqi man who was hauled off an easyJet flight in Vienna just before takeoff after a passenger thought he might be an Islamic extremist, has been released, officials said on Sunday.

“There was nothing suspicious found and he has been allowed to continue his journey,” interior ministry spokesman Karl-Heinz Grundboeck told AFP.

“The only thing outstanding is a detailed analysis of his mobile phone,” he said of the incident which took place on Saturday.

The man is an Iraqi citizen, he added. It was unclear what the woman's nationality is. The incident comes amid heightened security in Europe following Tuesday's bombings in Brussels, which were claimed by ISIS.

An easyJet spokeswoman said: 'EasyJet can confirm that flight EZY5352 from Vienna to London Gatwick was delayed due to additional security checks before departure.

'The safety and security of its passengers and crew is our highest priority. We apologise for the delay and any inconvenience caused as a result.'