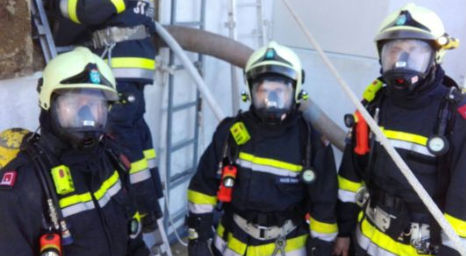 The social media giant with a market value of around $245 billion came after the blog, which is used to share images of rescue operations, by claiming that the combination of ‘F’ and ‘book’ is too similar to their own brand.

Andreas Schimböck, a blog writer for the fire services, said he received a letter from the company threatening to take them to court unless they changed the name within four weeks.

Rather than enter a costly legal battle, the blog – which has been running since 2009 – has now changed it’s name to ‘Fireapp’.

“My only aim was always to support volunteer fire services in the whole of Austria and use the platform to motivate young people to be active in the fire service,” said Schimböck in an interview with technology website futurezone.

“Aside from the absurdity that a large internet giant feared a small website, I was especially bothered by the arbitrary deadlines they gave. I also find the argument that you can not use the word ‘book’ strange.”