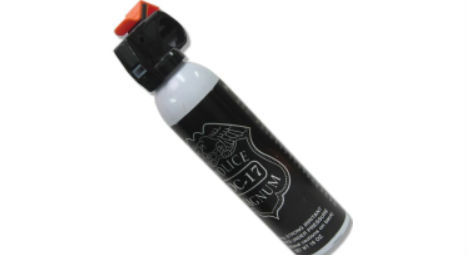 Four of the injured bystanders at the DIY store in Seiersberg, Styria, even had to be hospitalised following the incident.

The known thief – who managed to run off amid the chaos – had been spotted by a store detective on Tuesday morning piling stolen goods into his car in front of the shop.

The detective had then used her pepper spray to try to prevent him from leaving but instead of putting the thief out of action, the spray only drifted into the store and left 16 people with stinging and burning eyes, four of whom needed to be hospitalised.

Later that afternoon the thief – a 50-year-old Romanian man – turned himself in and police confirmed he is a known criminal in the area and has previous convictions.

It follows another incident a few weeks ago, whereby two thieves tried to use pepper spray against their victims so they could steal their bags but instead managed to spray it in their own faces by mistake.

When the two thieves were eventually caught by the police their eyes were still red and burning from the spray.