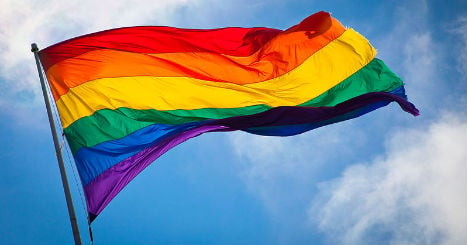 Following a change in the law in January 2015, same-sex couples are now allowed to adopt the children of their partners in Austria, although they are still not allowed to marry.

According to gay rights organisation Rechtskomitee Lambda, Austria is the only country in the world which has granted full adoption rights for same-sex couples but not allowed the parents of these children to marry.

The case heard this week in Upper Austria’s provincial administrative court is the latest to challenge the marriage ban. The lawyer representing a lesbian couple and their four-year-old child argued at the hearing that the ban infringes on the rights of the child because they are forced to grow up illegitimately to unmarried parents.

A written judgement is expected from the court in the coming weeks, when the judge will decide whether to uphold the marriage ban or recommend the constitutional court to change the law.

During the hearing, the judge told the couple’s lawyer Dr Helmut Graupner that he shared his point of view but suggested that it might be necessary to apply to the constitutional court for a change in law.

It follows previous cases heard in Vienna in December, when the provincial administrative court there rejected the same argument regarding the rights of the child put forward by five children in families in a similar position.

The reason given by the court was that the call for same-sex marriage had not yet being adopted into all political party platforms in Austria, a ruling that the organisation Lambda described as “weird”.

The families in that case have chosen to take it to Austria’s constitutional court, which is expected to rule later this year. The last time the court heard a case regarding the marriage ban in 2012, it ruled that the ban was constitutional.

Those families are also represented by Graupner, who is president of Lambda and has launched a petition to change the law on marriage ban.

“Austria made the second, third, fourth and fifth step before the first”, he said earlier this year. “The marriage ban must fall, for the sake of the children”.