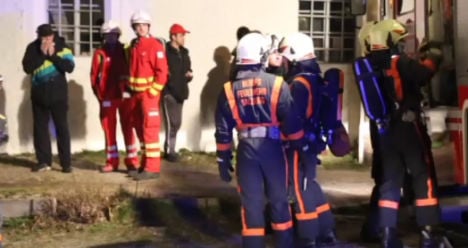 The latest incident took place last night when shortly before 9pm the manager of the residential building noticed the fire in the hallway.

The five previous fires were started during night-time in the cellar, the roof, and the hallway of the building.

Police say they believe an arsonist was responsible for all the incidents, but they have not yet been able to identify any suspects.

The culprit, who apparently does not use an accelerant to start the fires, has managed to evade capture by leaving no trace – or witnesses – for authorities to work with.

Previous attacks, which also took place at night-time and sometimes just within hours of each other, left two people hospitalised following smoke inhalation.

No one was hurt in the latest fire, which the building manager was able to put out himself.