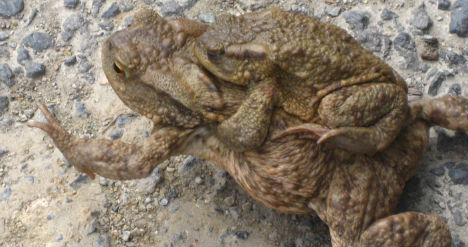 Volunteers from the charity Four Paws will also be out on toad patrol, giving a helping hand to any toads attempting to cross the city’s busier roads.

The toad is a protected species in Vienna, which created special toad tunnels a few years ago to help the animal, along with hedgehogs and other small mammals, find safe ways to water sources.

Some will inevitably take the high road, however, and the local branch of Four Paws has asked drivers to be extra vigilant. “Four Paws appeals, therefore, for drivers to reduce their speed at the critical road intersections,” says head of the Austrian branch of the charity, Indra Kley.

The charity says the critical points include the 14th district, around Steinböckengasse, as well as Bisamberg in the 21st district.