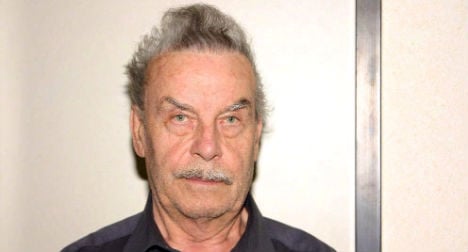 Fritzl, who is serving a life sentence for the imprisonment and multiple rape of his daughter over a 24 year period, reportedly had his teeth knocked out in the attack carried out recently by one of the inmates.

Fellow inmates reportedly strongly dislike the 80-year-old rapist from Lower Austria’s Amstetten and due to the animosity towards him, Fritzl is normally watched by four guards at the prison in Lower Austria

It is not exactly sure how this incident came about. “Officially I don’t know the cause,” said prison director Josef Schmoll.

Inmates are also thought to be responsible for creating a fake dating profile for Fritzl which was published online recently.

A profile with the name ‘Josef Fritzl’ and the age ‘80’ appeared on the German dating app Lovoo recently. The account has not been active for several weeks but according to reports in the Krone newspaper, a woman made a call to the prison after seeing the profile on the site. Fritzl is serving a life sentence with no chance of parole for 15 years after he pleaded guilty in March 2009 for imprisoning and raping his daughter Elisabeth, with whom he fathered seven children.

The case caught the attention of the world’s media after the extent of his abuse was revealed, as well as the fact that he had kept the imprisonment of his daughter in the basement a secret from his wife who lived in the house upstairs.

The case was discovered after Fritzl brought his daughter and two of their children upstairs, explaining to his wife that the daughter had decided to come home after 24 years away. He was arrested later that day after they went to hospital and someone called the police.