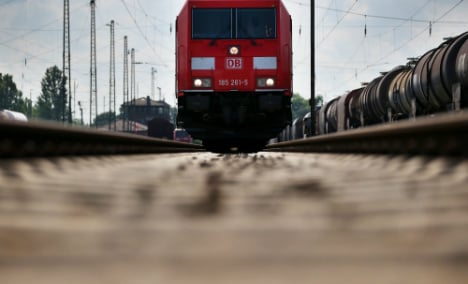 Officers found the young Egyptian hiding under a bench in an empty compartment. When they asked him to show his identity papers, he provided documents that he had been given in Austria.

While the one document recognized the teenager’s status as a refugee in Austria, the other ordered his deportation to Italy.

The officers ordered the young man to leave the compartment and wait in the corridor.

But according to eyewitnesses, he used the opportunity to escape into another compartment where he opened the window and jumped out.

The train was still travelling at a high speed through a town called Haar.

The young man landed on an adjacent set of tracks and was killed by the impact.

Police in Munich said the teenager had recently been caught by officers illegally entering Germany and had been sent back to Austria at the time.

It seems that once in Austria, he was ordered to leave the country and go to Italy.

Hundreds of thousands of people have entered Germany over the past six months seeking asylum.

Under the European Union’s so-called Dublin rules, refugees are supposed to apply for asylum in the country where they first entered the continent.