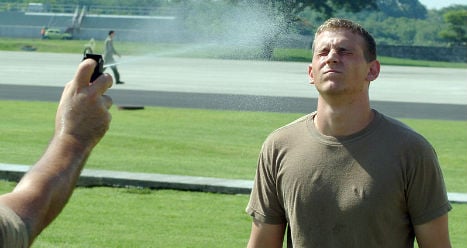 The men, aged 23 and 19-years-old, had gone to Vienna’s Praterstern area on Sunday evening with the pepper spray and tried to set it off in the faces of two people so they could steal their purses from their bags and run away while they were temporarily blinded.

Their plan was foiled, however, when they accidentally set off the can in their own faces, leaving them with burning and streaming eyes that they were still rubbing when the police came and arrested them.

Police confirmed that the older of the two was remanded in custody while the younger was charged.

After the incident, police spokesman Patrick Maierhofer warned that they are seeing increasingly more cases of muggings involving pepper spray.

Pepper sprays have also reportedly been flying off the shelves in Austria in recent months, as increasing numbers of people look to protect themselves.

Earlier this year, police advised those who use pepper sprays to only do so “in an emergency”.

Head of a women’s helpline Maria Rösslhumer also warned in January: “The use of pepper spray can be problematic. If you injure someone, he could file charges.”

In this case, however, the robbers have no one to blame but themselves.