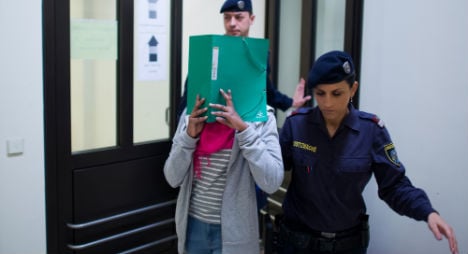 Fifty women have already graduated from the school run by the organisation “Frauen ohne Grenzen” (Women without Borders), where they learnt how certain behaviour traits – such as a child speaking about ‘proper Muslims’ or no longer listening to music – could be signs of radicalisation.

Organisers also say that it is critical children are not left alone when they start to isolate themselves, and that they are listened to.

“This myth that you have effectively already lost adolescents is actually taken advantage of by recruiters,” head of the organisation Edit Schlaffer told the broadcaster ORF.

“That they suddenly leave behind their room and home and break out into an unknown future means they perhaps do not feel listened to and accepted.”

The mothers are also given tips about where they can receive help if they need it, for example with the police.

Five of the so-called ‘mother schools’ have been put on so far in Vienna and a further four are expected to start following Easter. Each course has around 15 participants – originally from Chechnya – who spend two to three hours a week learning how to help protect their children.

Maynat Kurbanova, a journalist and jihadi researcher, is one of those who provides the training.

“If a child becomes radicalised or is interested in extreme ideas, the mothers can feel guilty that they have not been paying attention and try to hide it inside the community,” she explains, adding that it is important that the women have the opportunity on the course to speak to one another about their experiences.

There are also plans to send the graduates into schools to talk about their experiences, as well as with their own families.

The schools currently receive funding of around €40,000 from the Integration Ministry, although the organisation say they will need more money to expand into other provinces in Austria.