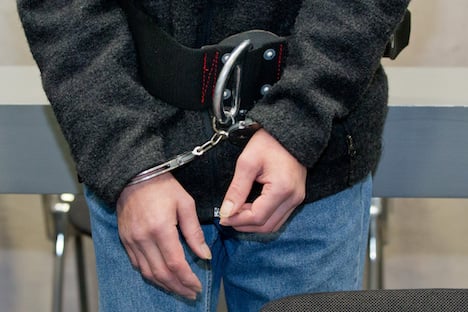 The criminals moved into the Munich area in November 2015 and in four months robbed 32 houses in the city and up to fifty across south eastern Germany, the Süddeutsche Zeitung reports.

Normally approaching through the garden after nightfall, they would break in through terrace doors and make away with whatever valuables came readily to hand.

Often this was silver, gold and expensive electronics – one particularly valuable booty was a 100-piece silver cutlery set.

Police estimate the total worth of the gang’s haul to run into the hundreds of thousands of euros.

The tricky burglars often failed to commit the perfect crime. On one occasion the 37-year-old head of the group left a fingerprint behind – on another traces of DNA.

But the key piece of the puzzle Munich cops needed to close the noose was provided to them by a camera which had been set up to record pet cats playing with each other.

During the break-in the gang leader looked directly into the camera without realising what he’d done.

Munich Police HQ sent the image around their colleagues in other German states, and even contacted police in neighbouring countries to see if anything showed up.

They were in luck. Austrian police identified the man as Ivo B. from Bulgaria. And Bulgarian authorities confirmed he’d already spent 10 years in jail there for various offences.

Last Sunday police made their move, swooping on the 37-year-old and a 20-year-old accomplice  at a hotel in Landsberg, a town twenty minutes to the west of Munich.

The next day they arrested two further members of the group, one 28, the other 34 years old.

But for the police the work is far from over. They now have to work out who the men were working with to get rid of the stolen goods and how the valuables might be recovered.