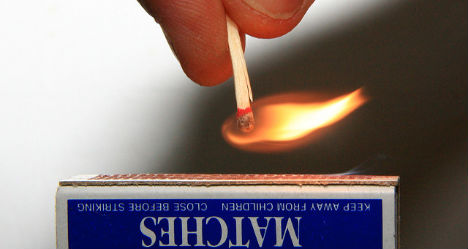 The latest incident, which happened on Wednesday evening, saw tents belonging to a fifteen person family, including five children, set on fire.

It follows earlier arson attacks on tents belonging to Roma beggars that took place in the area on February 14th and 16th.

All the fires were started externally and police are treating them as arson attacks, saying that there is an “obvious connection” between the incidents.

“No one was in danger or injured, there was only damage to the property,” added police spokesman David Furtner, in an interview with broadcaster ORF.

Speaking after the earlier incidents in February, the mayor of Linz, Klaus Luger, had strongly condemned the attacks.

“Even if there are big challenges and problems to deal with, violence can and should not be a solution for the conflict,” he said. “These attacks are unfortunately also an indicator that the climate in society is becoming increasingly radical and violence-ready.”

Foreign minister Sebastian Kurz, whose remit includes integration, has also condemned the attacks, commenting on Twitter: “There is no place for racism in Austria.”

The family who were left homeless after the latest attack were temporarily re-housed in the former post distribution centre in Linz train station.

As all the property belonging to them was destroyed, charity Caritas has put out an appeal for new tents, sleeping bags, blankets, and warm clothes for children aged between eight and 12-years-old.