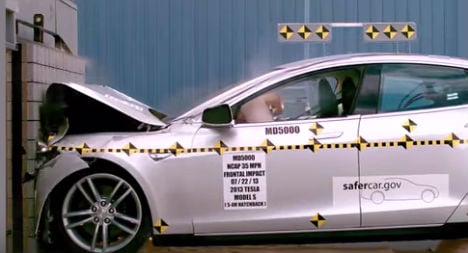 The 35-year-old from Salzburg had been working near the city of Graz on the shooting of a promotion video for a company who wanted to film using the car crash testing equipment.

The engineer was critically injured after he sat down on the equipment and, not realising how powerful it was, had asked his colleague to turn it on.

He was thrown against the steel construction that is normally used to test the effectiveness of airbags or steering wheels and had to be taken to University Hospital Graz (LKH) by the Red Cross, suffering critical injuries.

Gerda Reithofer, spokesperson for the hospital where the man is being treated, told The Local Austria that he had suffered severe injuries to his face and head and remains in intensive care.

“He is in a stable condition, but that is all the doctors can say at the moment,” Reithofer said.

The police have now launched an investigation into possible negligence at the workplace, including looking at the fact that the colleague had agreed to his friend’s request to turn on the machine.