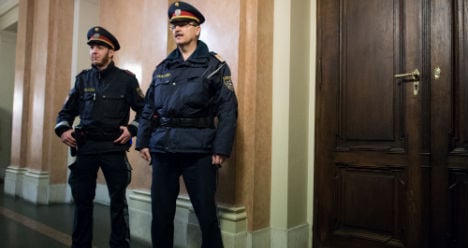 The Chechen-born teenager was sentenced to six months out of a possible three-year sentence on Tuesday by the Vienna Provincial Court due to her involvement in a terrorist organisation.

The teen had been arrested on the July 4th 2014 as part of a large group who were seized at the border between Romania and Bulgaria.

She told the court that she had planned on travelling to Turkey, rather than Syria, and marry a young man there, although she could not provide information about his identity.

Statements provided by other terror suspects and representatives of the Agency for State Protection and Counter Terrorism, however, suggested the defendant had discussed the objectives of the so-called Islamic State in online chat rooms.

The woman was sentenced for six months by the court, which recognised that she has since integrated into regular life and begun a career, finding work as a helper in a kindergarten, that would have been disrupted by a harsher sentence.

The case follows the similar one of a 17-year-old Swedish teenager who was sentenced in Vienna a few weeks ago to a year in prison after she was found guilty of planning on joining Isis militants.

She had run away from her home in Sweden but had been arrested on December 5th at Vienna’s Westbahnhof railway station.

According to the prosecutor in that case, she too had shared messages regarding Isis propaganda and intended to “marry an Isis fighter in Syria”.

Her defence lawyer, Wolfgang Blaschitz, told the judge however that she had never had any contact with an Isis member.

The girl has since admitted that she had backed Isis but now realised that the personal problems she suffered from could be better solved with the help of her parents.