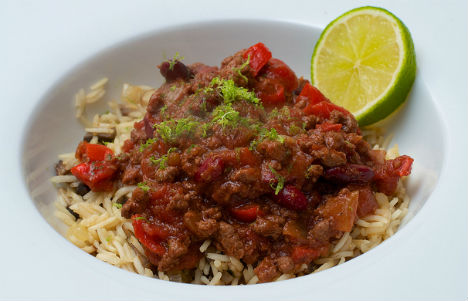 The 45-year-old from the Salzkammergut had been staying in Amsterdam, where ‘soft drugs’ are legal for personal use, and wanted to bring some home with him.

He put 115 grams of marijuana and 30 grams of hashish in a waterproof package and hid it inside an insulated food container which contained chilli con carne – thinking that no one was going to check the contents of his lunchbox.

But German narcotics officers who got on the train between Amsterdam and Munich decided to take a closer look at the man’s lunch. They also found 40 grams of psychedelic ‘magic mushrooms’ in the man’s luggage. The Upper Austrian was arrested.