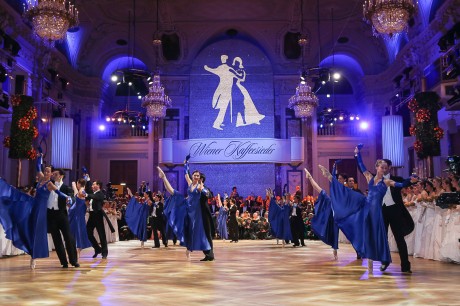 The annual Kaffeesiederball is one of the most glamorous and largest events in the Vienna ball season. Around 5,500 visitors flocked to the ball this year, which took place on February 5th at Vienna's Imperial Palace – with many of the guests travelling by horse-drawn carriage to Café Landtmann for a last cup of coffee at the end of the night.

However, on Saturday it was reported that the ball committee had discovered it was missing €200,000 from its funds. Members of the private Vienna coffee house owners club had flagged up financial irregularities to the Chamber of Commerce in December last year. The Chamber of Commerce is a major sponsor of the ball and donates €20,000 each year to help fund the event.

An independent law firm was asked to draw up a report on the ball’s finances and concluded that someone on the committee had been embezzling money.

Suspicion fell on the organiser of the ball, Maximilian Platzer, who owns a coffee house and is also the chairman of the coffee house owners club. He was seen enjoying himself at the ball on Friday night, but had handed in his resignation by Saturday.

His lawyer, Constantin Eschlböck, said that Platzer was not available to comment to the media. However, the Chamber of Commerce confirmed that he had stepped down due to the suspicion that he had embezzled funds.

His successor, Anna Karnitscher, who audits the coffee house owners club’s accounts, told the Kurier newspaper that she had noticed several withdrawals from the club account that she could not explain, and that Platzer had signed for them.

Platzer’s lawyer said that his client had become so committed to the ball that he had begun to neglect his coffee house and as a result the business had suffered – so he had made withdrawals from the ball account to stop it from going under. He said that the exact amount of money Platzer owed still has to be determined but it is likely to be between €160,000 and €200,000.

Karnitscher said that a repayment plan has been agreed on, and that Eschlböck has said Platzer will be able to meet the repayments.

However, the scandal is unlikely to have an impact on the ball’s continuing success – with next year’s event already fixed for February 17th.