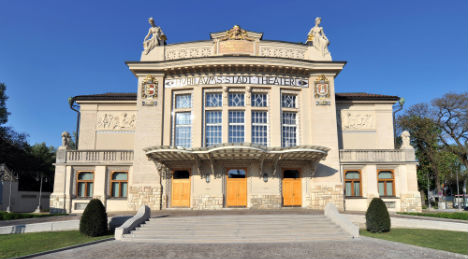 The incident at the Klagenfurt City Theatre happened after police received a threatening phone call and moved to evacuate 850 people from the venue so they could search the site for explosives.

The phone call was received at 8.45pm and 15 minutes later the evacuation began, with theatre director Florian Scholz interrupting the performance to ask the guests to vacate the building immediately.

Police then cornered off a large area which they searched with sniffer dogs, continuing until just after 11pm at which point the all-clear was given after no explosives were found.

No further details were given about the nature of the call, although police said it was “likely to be a stupid hoax”.

Buses were waiting outside the venue to quickly take people away from the scene. Due to staff having already been evacuated, many guests were unable to get their coats and were told they must return the next morning to pick up their belongings.

Reacting to the incident, Kaiser said: “It was very ordered and executed with discipline. The police gave clear instructions and everyone responded very responsibly. The people were relieved when they were outside and behind the barriers.”

Klagenfurt also had a bomb scare last June, when police received a call about a suspicious looking suitcase found in a garage underneath a square in the city centre, although after investigating they found it was only carrying clothes.