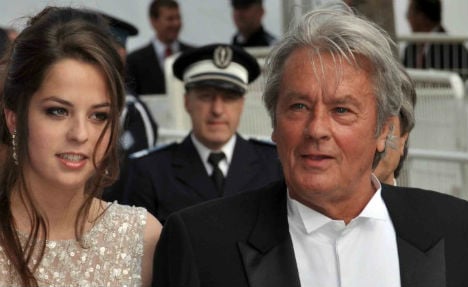 Alain Delon and his daughter in Cannes in 2010. Photo: Georges Biard/Wikimedia

“It's a real shame that Mr Delon can't come. But we understand the situation, he's 80 after all and you've got to be careful at that age,” he told the APA news agency.

Instead, Delon's son Anthony, also an actor, will attend the opulent shindig at the State Opera in the Austrian capital, Wess revealed.

The ball is the highlight of Vienna's social calendar and draws celebrities from around the world.

The event's 60th edition is set to open on Thursday evening with a performance by renowned tenor Placido Domingo.