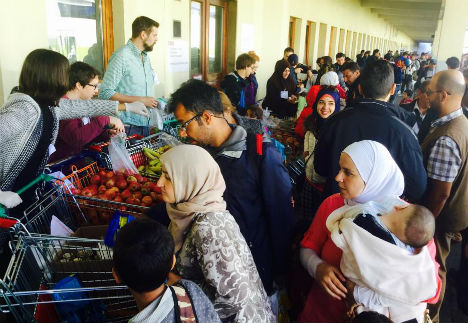 The plan was made public over the weekend, as various European countries attempt to curb immigration by adopting more restrictive policies, including Sweden‘s plan to expel up to 80,000 asylum seekers.

In January Austria’s government said that it would seek to cap the number of asylum seekers at 37,500 in 2016, compared to the 90,000 claims it received last year.

“We are already among the countries with the most expulsions,” Austria‘s Interior Minister Johanna Mikl-Leitner told the Austria Press Agency (APA). “But we will step up the pace and will increase the upward trend,” she added.

The plan includes financial incentives for people to leave Austria, as well as an expanded list of safe countries whose citizens are unlikely to be granted refugee status.

In the future asylum applications for people from Morocco, Algeria, Tunisia, Georgia, Mongolia and Gambia will be decided within ten days. An asylum seeker who leaves the country voluntarily within three months will receive €500, and those who leave within six months will get €250.

Last year Austria deported 8,365 failed asylum seekers and under the new plan this number will increase to 12,500 a year.

Foreign Minister Sebastian Kurz said that the new deportation measures were  “important, but even more important is to end our open door policy and not let so many refugees into the country in future”.