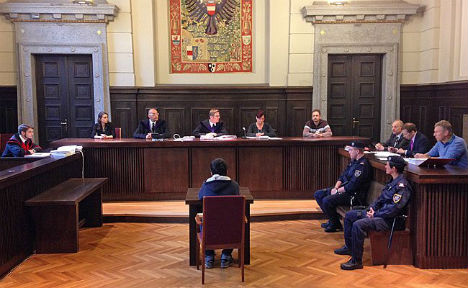 Around 20 young people in Austria have already been sentenced for supporting Islamic State (Isis) militants and several are now being supported by specially trained youth workers as part of the Neustart rehabilitation programme.

Neustart spokesman Andreas Zembaty said that the process is not too different from deradicalizing people who have become influenced by neo-Nazis, and that many young people are driven to extremist ideas by feelings of insecurity and think that: “If no one likes me then at least I can get people to admire or fear me”.

He said that “anyone with an education, a job, an apartment, a future, a girlfriend, or caregivers, is unlikely to become radicalized”.

One 15-year-old who was already sentenced for plotting to blow up a train station in Vienna is back in police custody after allegedly photoshopping images of his friends onto images of Isis fighters in Syria, to show them how “heroic” they could be. Since being released from prison last year he has had home visits from his parole officer four times a month, but has reportedly been struggling to keep up at school.

Justice Ministry spokeswoman Britta Tichy-Martin told the Kurier newspaper that a special package of measures is being drawn up to help prison officers detect when prisoners have been radicalized and how they can combat this.

But experts say the need for this is urgent, and recommend special programmes for radicalized youth and young adults, adding that no expense should be spared in implementing them. “Deconstructing such an ideology is a long process, that must take into account many factors,”  Verena Fabris, director of the extremism counselling centre said.

“Prisons are often recruiting sites for extremists,” integration and extremism expert Kenan Güngör said. “Many inmates start to question the meaning of life and some find comfort in radical religious views.”

Some experts believe that Austria has underestimated the risk of radicalisation. Last year, a new extremism hotline received around 1,000 calls from mothers, fathers, sisters, grandmothers and girlfriends who were worried about their loved ones being radicalised.

Figures from Austria’s police intelligence agency show that as many as 250 people are suspected of having links to radical jihadists – and that 40 of these are under 18 years old.