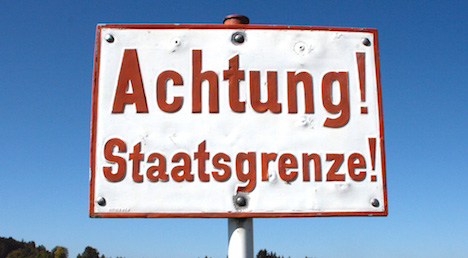 “The daily number of migrants being turned back has risen from 60 in December to 200 since the start of the year,” David Furtner, police spokesman in Upper Austria state, told AFP.

He said those being sent back were migrants — mostly Afghans as well as Moroccans and Algerians — who did not want to apply for asylum in Germany but in other countries, notably Scandinavia.

Austria is a major transit country for the hundreds of thousands of migrants and refugees seeking to enter the European Union, mostly via Upper Austria state at a rate currently of 1,000-2,000 per day.

Last week, Sweden, a favoured destination for many of the migrants, sought to stem the flow by imposing controls on travellers from Denmark.

Denmark in turn introduced spot checks on arrivals from Germany.

Austria meanwhile has moved to tighten controls on its border with Slovenia, with Carinthia, one of two Austrian states bordering Slovenia, turning back 1,652 since January 1, according to police.

Austrian Chancellor Werner Faymann said Monday that Vienna was looking into the legality of turning away “economic migrants” — as opposed to bona fide refugees — at its borders.

“What is certain is that soon we are going to become more active at our borders,” Faymann said in an interview with the Kronen-Zeitung daily to be published on Tuesday.

Police spokesman Furtner said that almost all those turned back by Germany simply try again to enter the country, with most succeeding via other routes, Furtner said.

For British people that were living in Austria by the end of December 2020, nothing much has changed to everyday life when it comes to their status and rights (apart from losing voting rights in local elections and freedom of movement across the EU).

But for any Brits arriving since January 1st 2021, they have been considered as third country nationals and subject to the immigration rules for non-EU or EEA citizens.

This has been a shock to some British people that are not used to navigating EU immigration systems – and a stark reminder of how different moving to an EU country was before Brexit.

To find out how the process now works, The Local spoke to two people who have done it (or tried to).

Here’s what they have to say about their experiences.

Helen Murray, 30, moved to Austria in 2021 after first being granted a Visa D to enter the country and then securing a settlement permit (researcher) to take up a PhD position in Vienna.

Visa D allows third country nationals to enter Austria for up to six months, but as Helen applied for the visa at the height of Covid-19 lockdowns in early 2021, it was a complicated process.

Helen told The Local: “To get the visa I had to organise everything without going to Austria. This meant that I had to sort out renting somewhere (visa required rental contract) over the internet without seeing any apartments, and needing somewhere that was furnished – not easy in Vienna – so I could see out the quarantine.”

Additionally, Helen had to book a flight to Austria to secure the visa, even though flights from the UK were banned from landing in Austria at the time due to Covid-19 restrictions.

Since arriving in Austria, Helen has also noticed the difference in rights between British people that have the Article 50 card (a post-Brexit residency permit for Brits that were living in Austria before December 31st 2020), and those that don’t.

Helen said: “Nearly all of my British friends here have Article 50 cards, and so have all these rights that I don’t have.

“It’s particularly galling because I know exactly how easy it was to come here before Brexit. I think now to stay in Austria you have to want it because it’s a lot of work, time and money.”

But when asked if Helen would still make the move to Austria post-Brexit with the benefit of hindsight, it was a question she initially found hard to answer.

She said: “It’s a tricky question to answer because I have mixed feelings about moving here, but it’s mostly personal and professional reasons which would probably still be there regardless of Brexit.

“I would definitely say though that Brexit has made it too difficult for me to want to stay once my current contract is up, and I’ll most probably be returning to the UK.

“This is because there are an increasing number of hurdles to pass with every visa extension and, because of Austria’s policy of not allowing dual citizenship, there’s no reward for staying here and doing all that as I wouldn’t be willing to give up my UK citizenship.”

READ ALSO: ‘Ashamed, embarrassed, disappointed’ – How Brits in the EU feel about the UK

Dreams of retirement in the Austrian Alps

Gerry Stapleton, a retired property developer from the UK, has owned a second home in Zell am See in Salzburg since 2008. He was hoping to gain residency in Austria to bypass the rule that states third country nationals can only spend 90 days in every 180 days in the EU.

Earlier this year, Gerry and his partner were granted temporary residence permits but came across difficulties when trying to secure health insurance – something that is mandatory for all residents in Austria.

Gerry told The Local: “What we were required to show was not that we had travel insurance but that we had proper, full medical insurance cover, similar to that provided by the Austrian and UK health care systems. 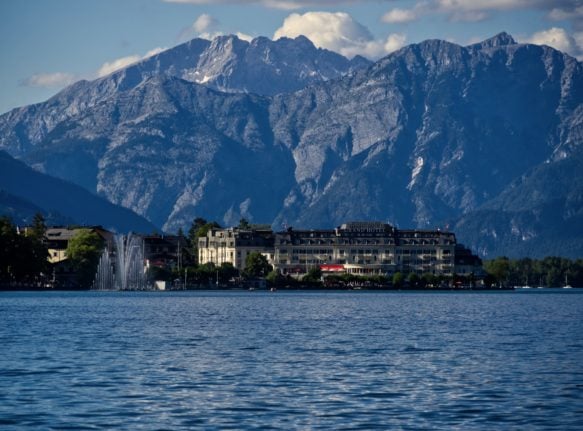 Zell am See, in Austria (Photo by Markus Lederer on Unsplash)

“The authorities in Zell am See tried to be helpful and suggested at least six insurance companies whose cover would have been satisfactory. I tried them all, and some UK and international companies as well, but with no luck.

“The major stumbling block was our ages – I am 74 and my partner is 77 – and none of the companies would offer cover for someone aged 75 or older.”

The solution would have been for Gerry and his partner to transfer their healthcare from the UK system to Austria. However, this would have left them without any coverage in their home country, which wasn’t suitable as they still want to spend part of the year in the UK.

Gerry added: “We have, therefore, reluctantly withdrawn our applications, although I keep trying to find something that might help.”

So, what are the options for British people who want to move to Austria post-Brexit? Here are a few possibilities.

First, there is the Red-White-Red Card for qualified or skilled workers from non-EU countries that want to live and work in Austria. If granted, the visa is valid for 24 months and allows visa holders to bring family members with them.

However, there are different types of visas issued under the umbrella of the Red-White-Red Card, depending on the applicant’s professional background.

For example, those with advanced degrees and management experience in the fields of mathematics, informatics, natural sciences or technology are considered as very highly qualified workers. They can initially enter Austria with a Job Seeker Visa, which can later be transferred to a Red-White-Red Card following a job offer.

Alternatively, there is a category for skilled workers in shortage occupations, such as engineers, carpenters, physicians, chefs and accountants. For this category, applicants must score a minimum of 50 points in the eligibility criteria (including elementary level German and English language skills), show proof of relevant qualifications and have a valid job offer.

READ ALSO: Can foreigners buy a second home in Austria?

Additionally, there are several other categories for the Red-White-Red Card, including one for recent graduates from an Austrian education institution (which Helen Murray would be eligible for) and family reunification. Each category has its own eligibility criteria.

And there is the EU Blue Card, which is available for non-EU citizens with a job offer in Austria with a salary of at least €66,593.

Then there is the Austrian residency option. 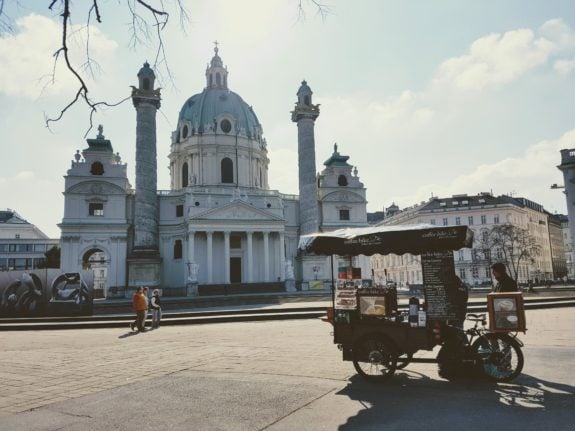 Applying for residency in Austria is a big commitment and involves giving up residency in the UK (but not citizenship).

It also usually means losing access to the NHS because you will be required to contribute to the social security system in Austria, unless you have private medical insurance (an issue encountered by Gerry Stapleton).

In the case of retired people, Patrick Kainz, a Vienna-based immigration lawyer, told The Local in a previous article that the best approach is to apply for a “gainful employment excepted” residents permit (Niederlassungsbewilligung ausgenommen Erwerbstätigkeit) that allows for income through a pension or private funds. There are limits on how many permits can be issued in Austria each year.

For this category of Austrian residency, single people need a minimum monthly income of €2,060.98 and couples need to earn at least €3,251.42 a month to be eligible. An additional amount of €318 for each child also applies. These figures are twice the standard amount of the General Social Insurance Act (ASVG).

However, immigration lawyer Osai Amiri advises any British people wanting to pursue an immigration route to Austria to inform themselves about the necessary requirements and prepare for a long application process.

Amiri told The Local: “Once they have determined which permit best suits their plans, they should start collecting and preparing the documents that they would have to submit to the Austrian authorities.

“Only after that should they travel to Austria and submit their application for the respective permit in Austria.

“Since the visa-free stay of British citizens is limited, they can in that way save themselves a lot of time and would not have to travel back and forth in order to obtain the decision of the Austrian authorities during the visa-free stay.”

Additionally, Amiri suggested British people can pursue other pathways to Austria, such as permits for students, artists and scientists.

This article originally referenced the standard rate for the minimum monthly income for the gainful employment excepted residency permit, as stated on the Austrian migration website. It has now been updated to include the rate for third country nationals (twice the standard rate).

IMMIGRATION
How Europe’s population is changing and what the EU is doing about it
Url copied to clipboard!