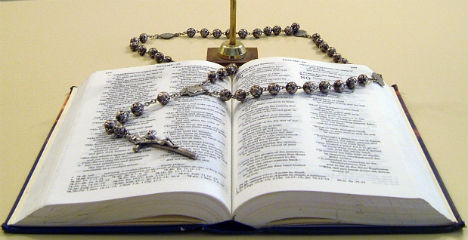 When the allegations first surfaced, Father Fabian’s parishioners reportedly rallied around to support him, with the Kurier newspaper reporting that his sexuality and close relationship with the adult son of a family friend was an open secret.

The 49-year-old was sentenced by a court in Wiener Neustadt for repeatedly drugging and sexually assaulting his 26-year-old acquaintance. The sentence was upheld on Thursday by the high court in Vienna – with the judge saying it was important to send a signal to the clergy that sexual assaults will not be taken lightly.

His lawyer, Michael Dohr, maintains that the relationship was a love affair and “a private matter which had nothing to do with his position as a pastor – so saying this will act as a deterrent to others is a joke.”

Dohr has said he will petition the court for a retrial, and that he has testimony from witnesses who said that they saw the priest and the 26-year-old cuddling and openly displaying affection in public.