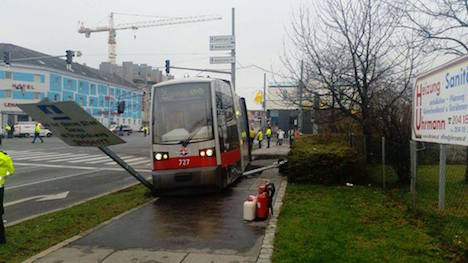 Emergency services were quickly on the scene, who found that the driver and at least one passenger has been injured.

The derailment took place in Vienna's 22nd district, affecting the No. 25 tram.  According to Wiener Linien, a replacement bus service will be put in place.

An ongoing investigation has begun into the cause of this unusual crash.  At first glance, it appears the train carried on straight after it should have turned right on the tram lines.

In an update to the investigation on Monday, Wiener Linien revealed that excessive speed was the most likely cause of the incident.  Normally, the curve should be taken at 15 km/h, however it is thought that the vehicle was traveling at double that speed.

As a result of the investigation, it is likely that the driver will face disciplinary action. 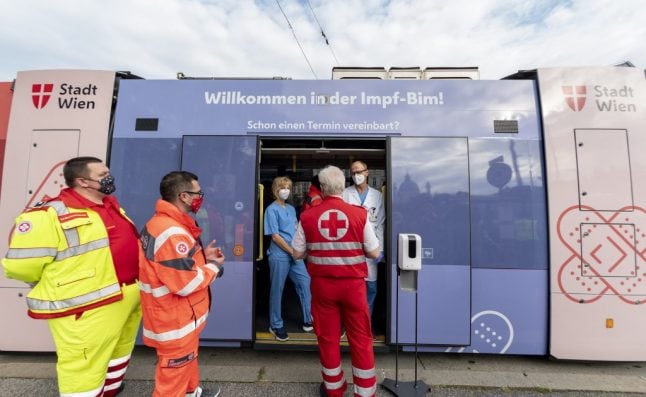