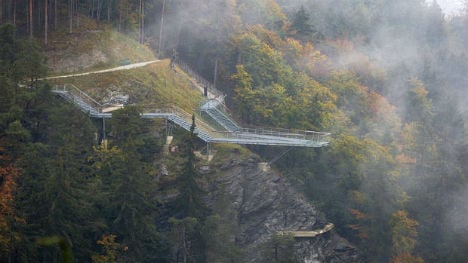 Relatives have said 26-year-old Ena Kadic was in good spirits and are convinced that her fall was not a suicide.

She fell from the observation deck on Innsbruck’s Bergisel mountain, which is well-secured and considered to be safe.

Witnesses who were walking in the area at the time said that they saw Kadic sitting on a railing, and there is some speculation that she might have been trying to take a selfie with her smartphone.

“Her parents want to get to the bottom of what happened, it’s a very traumatic experience for them,” their lawyer, Hermann Holzmann said. “They need some closure, and so it’s important that all their questions are answered,” he added.

The state prosecutor has received the final police report on her death, and said that the investigation should continue. Traces of blood that were found near the spot where her body hit the ground will be analysed, as well as a glove that was found nearby. So far, investigators have said there is no indication of foul play.

Kadic, who won the Miss Austria title in 2013, was an avid runner and knew the area well. Shortly after hitting the ground, she managed to call her brother and tell him she was injured, before she lost consciousness. She died in hospital three days later.