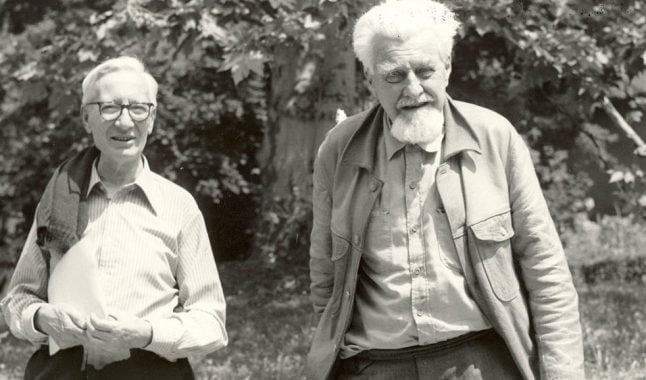 The university cited the Austrian's 1938 application to join the Nazi party in which he says that he had “of course always been a National Socialist as a scientist” and that “my life's work… has been in the service of National Socialist thinking”.

Lorenz won the Nobel prize for Physiology or Medicine in 1973 together with German Karl von Frisch and the Dutch-born Nikolaas Tinbergen. Salzburg's honorary doctorate came in 1983 but his Nazi past was kept quiet at the time, the university said.

He became well known for his research into the process of imprinting in birds, whereby chicks bond with the first moving thing they see after leaving the nest. Working with geese, he showed that goslings developed an instinctive emotional bond with him when they left the nest.

Salzburg University, which last year began looking into the past awarding of degrees, also stripped German jurist and former SS member Wolfgang Hefermehl (1906-2001) of his honorary doctorate on Thursday.