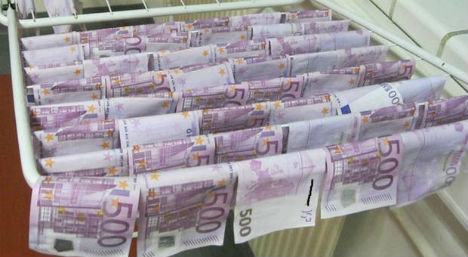 Police initially suspected the cash may have come from a money laundering scheme or a bank robbery, but their leads have fizzled out.

According to media reports a witness who was cycling along the Danube on Saturday December 5th told police he saw an “elderly, confused man” throw what appeared to be his life’s savings into the river.

Two young men saw the €500 and €100 notes in the water and jumped in to collect them before police arrived and gathered up the rest.

Police spokesman Thomas Keiblinger said there had been several calls from people trying to claim the money but they all turned out to be hoaxes.