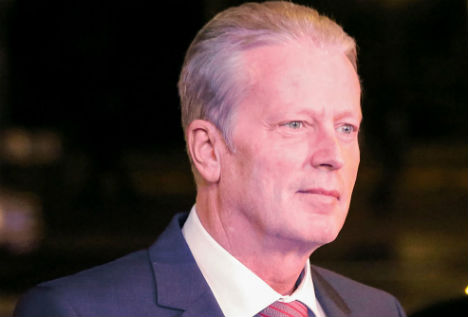 Mitterlehner, who also serves as Austria’s science minister, was set to sign two memoranda of understanding on scientific cooperation between Israel and Austria with Israel’s Science, Technology and Space Minister Ofir Akunis.

He was due to fly to Israel on Saturday and the cancellation of the meeting at such short notice was initially blamed on scheduling conflicts, but it later emerged that Austria objected to the meeting’s location.

The Austrian Embassy in Israel told The Times of Israel that Austrian ministers “never go to meetings that are outside the 1967 borders.”

“We could not overcome the declaration of where the meeting was assigned, because meetings which are outside the ’67 lines we do not attend,” the embassy said.

Austria doesn’t recognize Israeli sovereignty over East Jerusalem, which Israel captured during the 1967 Six Day War and annexed in 1980.

According to Die Presse newspaper Mitterlehner requested that the meeting with Akunis instead take place at the Knesset, the King David Hotel, or in Tel Aviv.

“With all due respect to the Austrian minister,” Akunis said in a statement on Thursday, “Jerusalem has been our capital for the past 3,000 years; holding a meeting there trumps any other option.”

“Had I agreed to his request I might as well have agreed to the division of the city – which is never going to happen. We are not going to divide Jerusalem, just like the Austrians will never divide Vienna.”

Mitterlehner’s cancellation occurred just days after Prime Minister Benjamin Netanyahu axed a meeting with Belgium’s foreign minister because of Brussels’ support for EU guidelines on labelling some products made in Israeli settlements on occupied Palestinian and Syrian land.

The EU considers settlements built on territories occupied by Israel in 1967 to be illegal under international law, but Israel disagrees.