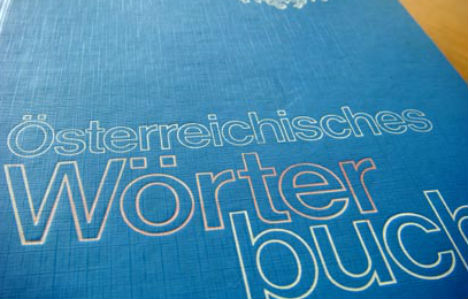 A jury led by Rudolf Muhr from the University of Graz said that the word Willkommenskultur was chosen as it had come to reflect the “attitudes and actions of those who want to help refugees fleeing war to lead a life of security and freedom”.

He said the word, which was originally used to describe a policy towards economic migrants who arrived as skilled workers, “has taken on a new meaning during the refugee crisis, and in the discussion about our attitude towards refugees”.

Many Austrians have prided themselves on helping refugees arriving in the country after an arduous trek up the western Balkan route from Greece.

Austria, a nation of just 8.5 million people expects a record 90,000 asylum claims this year, making it one of the highest recipients in Europe on a per-capita basis.

Muhr said that the misnomer of the year, ‘besondere bauliche Massnahmen’ (special structural measures) was “a euphemism from the mouth of our current Interior Minister (Johanna Mikl-Leitner) and is the opposite of the word of the year – used to describe a fence along the border with Slovenia.”

He added that the phrase represents the indecision of Austria’s leaders in dealing with the refugee crisis, and why they felt it was necessary to avoid using the taboo term ‘border fence’ whilst at the same time trying to calm those sections of the population who want to see a stop to the thousands of refugees crossing Austria’s border.

Meanwhile, “I'm not a racist but…” earned the top spot for the worst phrase in the annual poll, in which nearly 34,000 people took part.

The youth word of the year, ‘Zach’, is an Austrian-ism which is used by young people to describe “anything negative, cumbersome, difficult, or problematic”, according to Muhr. It comes from the word ‘zäh’, meaning tough.

The saying of the year was ‘Frankreich, wir kommen!’ (France, here we come!) after Austria’s national football team qualified for the European Championship in France in 2016. It came from the lips of team coach Marcel Koller at a press conference in which he appeared wearing a beret and holding a baguette.