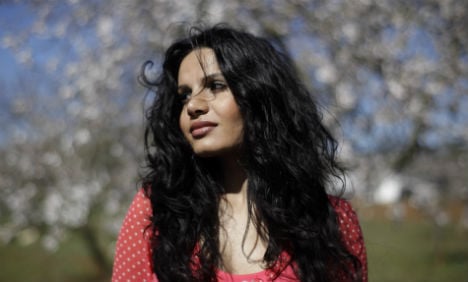 She added that “there are democratic Muslims, no question – they are not the problem… but the established theology of Islam must deal with the problem of violence against women. But it lacks critical debate.”

She went on to say that “a parallel justice system is being practised, under the motto that either women submit to systematic violence or they will be liquidated.”

James, 33, moved from Pakistan to a small village in Austria as a child but later had to flee her family after she resisted a forced marriage aged 17. After she converted to Christianity her father told her that he had sentenced her to death for tainting the family’s honour.

James has written a number of books about her experiences as a Catholic convert from Islam, and receives regular death threats. She now lives under police protection in Germany.

She said that she agreed with Austrian integration minister Sebastian Kurz’s plan to introduce penalties for Muslims who are unwilling to learn German or Austrian values but said that Austria should go further and deport recognised Islamists who show that they are opposed to democracy. “People shouldn’t have the feeling that they can come to this country and that they will be allowed to stay here even if they fail to respect human rights.”

Her organization Sabatina e.V. helps oppressed and vulnerable Muslim women who have suffered violence within their families.