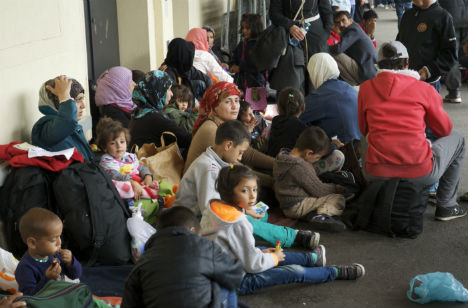 It is forecast to drop to 1.9 percent this year and 1.6 percent in 2016, according to the EU Commission.

“The Commission has recognized that spending for the refugees is both exceptional and unforeseen,” he said.

“We still need to see how this deduction will be handled technically, now or at the end of the year, but it is certain that there will be a deduction,” Schelling said.

Austria, like Italy, has been lobbying the EU Commission to go easy on countries with extraordinary spending for migrants when it comes to deficits.

The Commission has said it accepts the migrant crisis amounts to exceptional circumstances, justifying a softening of deficit rules.

Austria, a major gateway for migrants and refugees fleeing violence in the Middle East, expects 95,000 applications for asylum this year and up to 130,000 in 2016 “if
current trends continue”, the minister said.