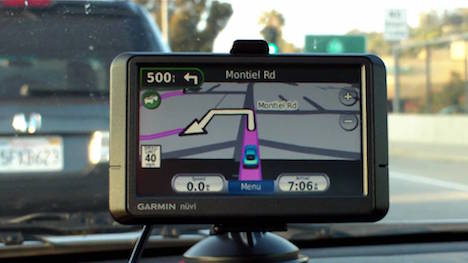 Since July, Garmin has received notifications that customers all over Europe, including in the UK, were being advised to divert their route through the small Carinthian town near the Styrian mountains.

The town has fewer than 1,000 inhabitants.  There have been no reports of any people actually taking the advice of their GPS, and turning up lost there.

According to users, whether you're traveling from London to Edinburgh, or Berlin to Dusseldorf, your alternate route will travel through the tiny but picturesque Austrian village.

A press release from the manufacturer said that “Our engineers have found the problems, particularly in devices where only one subregion, such as Western Europe, is installed.”

“We are pleased though, that Garmin has helped Preitenegg to become much better known, but we are currently working on a solution and will resolve the problem already with the next map update.”

Thomas Jank from the ARBÖ motor club said that relying on a navigation system doesn't mean you should switch off your common sense.  It's important to always pay attention to your environment and geography, according to a report from Austrian broadcaster ORF.