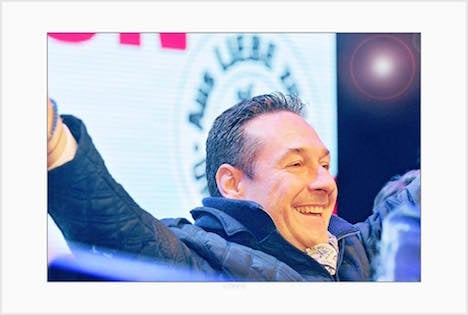 Proposing a Greek island or the Italian island of Lampedusa, Heinz-Christian Strache said these jails should house people returning to Europe after fighting for the Islamic State group and those convicted of supporting “terrorism”.

“It is now high time for our government and the EU to take action against Islamist terror, apply existing laws and protect borders,” Strache told a news conference in Vienna, calling for a stop to “uncontrolled mass immigration” in a five-point action plan.

“European governments have just stood by during the mass immigration from Islamic countries and these people's refusal to integrate over decades, wondering why there are so-called 'no-go areas' in many cities where the rule of law has de facto been replaced by sharia,” he said, referring to Islamic law.

European populist parties like Strache's opposition FPÖ have gained in support in recent months due to the migrant crisis, and seized on the November 13 Paris attacks as evidence for their cause.

The FPÖ, the former party of the late Joerg Haider, is currently scoring just over 30 percent in voter surveys. The next elections are not due in the EU member state until 2018.