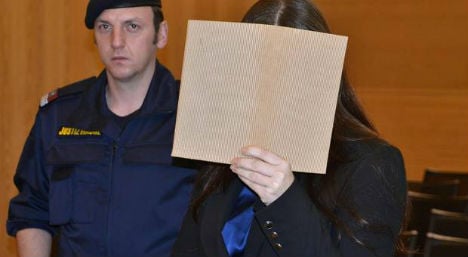 The teacher in court. Photo: APA

The 31-year-old confessed to sexual assault and admitted that she had taken advantage of her position of authority.

She took videos and photos with her mobile phone of her having sex with the children, who were boys and girls aged between 13 and 14.

The abuse took place between January and May in Spielberg. It started after some of the students went to the teacher’s house after school for extra tuition, and she later invited them to stay the night. It only came to light after one of the student’s told her parents what had been happening.

In her defence the teacher's lawyer said that she had suffered a three month ‘psychotic’ episode when the abuse took place, and had not been in her right mind.

The woman was also accused of giving the children sweets that had been laced with date rape drugs, but due to a lack of evidence was never charged with this.

She has been banned from teaching or working with children.

The trial took place behind closed doors, to protect the identity of the victims.